How can culture change succeed in your company?

Cultural change is one of the most challenging topics in corporate development. The dynamics of digitization require companies and the people who work there to be able to adapt. The ability to change culture towards a modern, attractive corporate culture is becoming increasingly important for many companies, even in times of a shortage of skilled workers. How can cultural change be successful in a company?

Who does not know the famous quote from Peter Drucker – The culture eats the strategy for breakfast – which states that the forces working in the “background” determine the success or failure of strategy and planning.

Peter Drucker emphasized the importance of the human factor in change processes in organizations. If people who are supposed to implement a strategy develop a culture through their collective behavior that does not support a new strategy, the strategy will fail, said Drucker.

What is corporate culture?

According to the US organizational psychologist Edgar Schein, corporate culture is “a pattern of basic assumptions – invented, discovered or developed by a given group while they are learning to deal with the problems of external adaptation and internal integration – that worked well enough to be considered by that group valid, and which is therefore taught to new members as the correct method of perceiving, thinking and feeling about these problems. “

Corporate culture can be observed on three levels

Get in touch with us!

We have more than 20 years of experience and deliver high quality consulting for your Agile, Lean or Digital Transformation.

How do change management and cultural change work and how can you optimally shape the change in your company? The central question is whether it is possible to change a culture and if so, how can this change be successful? The short answer to this question is: “Yes, if we take culture change model in to account and act accordingly.”

A model of culture change

In the following I would like to present how culture change can be achieved. I will introduce a culture change model (see figure) that we use successfully in transformation projects.

How can corporate culture be influenced

Does this sound familiar? Your manager comes back enthusiastically from a training course and would like to introduce a new tool to the team (culture level 1 according to Schein). He gives a short speech, sends an email with some information and expects the new tool to be used promptly. Some colleagues are enthusiastic, other colleagues are keeping a low profile and another part of the colleagues is open to the introduction of this new tool.

After a while the initiative fizzles out and after a while nobody speaks of this proposal. The manager is surprised to find that the well-intentioned suggestion has failed in the system. (Culture eats strategy for breakfast). In order to understand why initiatives often fail, we have to consider cultural levels 2 & 3 according to Schein.

Can we change people?

Now an essential question arises: can we change people’s attitudes and beliefs? Can we change people at all? Every reader with life experience will agree when I say: probably not. People are the way they are. They only change when they find it useful themselves. Most people react to pressure to change from outside with resistance.

I myself advocate this attitude and use it to create a very successful change project by recognizing that I cannot change people, but that people change themselves. However, that doesn’t mean there aren’t any options.

A solution to this dilemma can be found on the level of world views and basic assumptions (culture level 3 according to Schein). If it is possible to offer learning opportunities at this level, there is a chance that people will change their worldview and also their attitude, so that they are now positive about the use of a new tool.

Here, too, the reader can confirm with life experience that these moments exist. Suddenly it all makes sense. We change our worldview, attitude and go through the world with different tools.

Therefore, it is entirely possible to make offers for change on the level of worldview. These offers can be, for example: a book, a conversation, a reading posts or video post in the internet. However, “teaching assignments” work best. Asking a colleague to study a specific topic and present a summary of what they have learned to the colleagues on the team. This is the most reliable way to learn or change a worldview.

This is how you expand your options

Now you can see that the manager mentioned above has more options for action. In the future, before introducing a tool, he will be able to consider who already has the right attitude in the team and who does not. He can then make targeted offers to change his worldview before introducing the new tool. This strategy costs more time at first. The investment is worthwhile due to the generally resistance-free introduction and establishment of new tools.

There is no guarantee for change

Finally, as a disclaimer, it should be pointed out that although we do offer learning opportunities, we can unfortunately never expect them to be successful. To paraphrase Heinz von Förster: “The world as we perceive it is our own invention.” So we can hope that worldview and attitudes and behavior will change. There is no guarantee, however, because everyone is autonomous and self-organized.

„The world, as we perceive it, is our own invention.“

Culture change in the context of social systems

After all, the struggle for behavior, attitude and worldview always takes place in the context of a social system (family, company, club). Depending on which culture of coexistence has established itself there, there are different strong world views, mind-set or rules of behavior.

This explains why traditional social systems choose hierarchy as an organizational form, resort to classic management tools such as planning and control and delegation and reporting from a dominant leadership position, because they are convinced at the worldview level that people only can be effectively managed via command and control.

In contrast, there are new social systems that understand and organize themselves as network organizations. A post-heroic, agile mind-set is used here and modern management tools such as self-goal setting processes, OKR and SCRUM are used, because it is generally believed that people can organize themselves well and on the basis of a leap of faith, doing the best work for the sake of the matter.

Listen to our Podcasts to learn more: 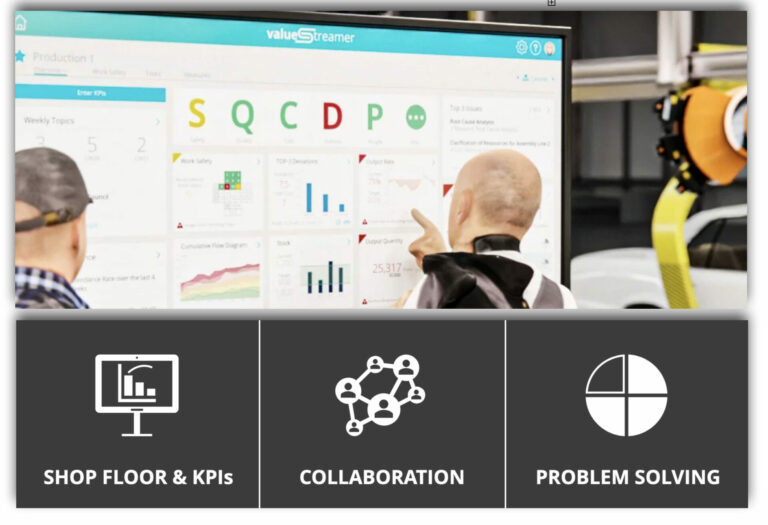 Increase your change ability – a new perspective on the agile organisation Change ability requires the curiosity to learn and exchange ideas with the openness to think beyond the ordinary. It requires to be ready to throw old principles over board and welcoming new and seemingly radical concepts. Your world-view: moving away from command-and-control  The… 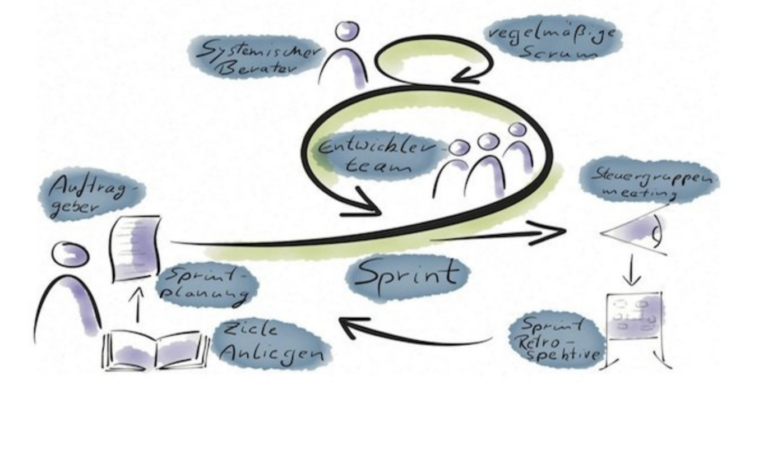 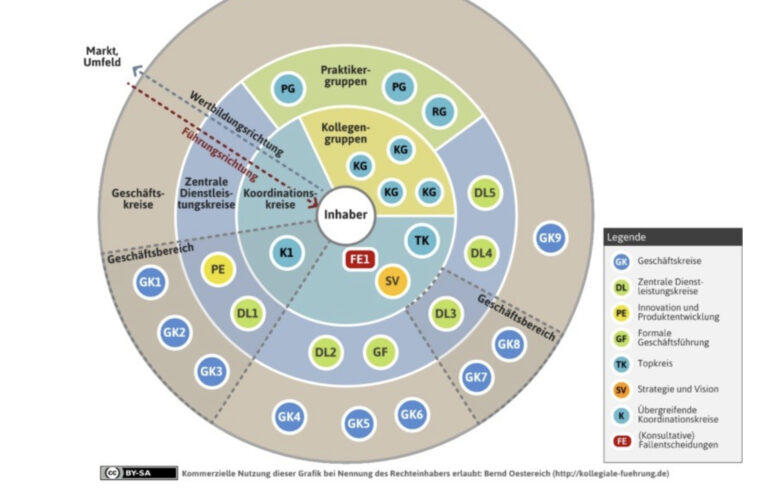 While many are still talking about becoming an Agile Organizations we have already done it! Together with Dr. Andreas Romberg and Dr. Christopher Brüggeman, I am really proud to have accomplished a successful transformation of a traditional R&D department at a large car manufacturer into a self-organized agile team based organization. Dual operating system We… 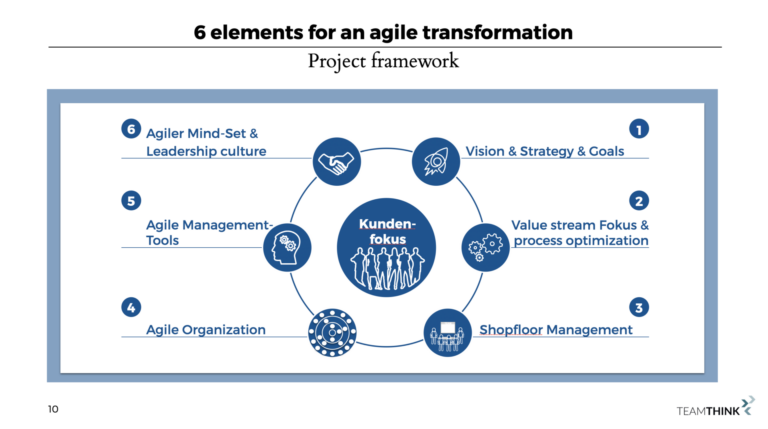 Everyone is talking about agile organization, but the question actually arises for many customers: which elements do I need for an agile transformation? The agile transformation needs 6 central elements. It should be mentioned that these elements are mentioned in a logical order, but that the topics are mixed up in the implementation during the… 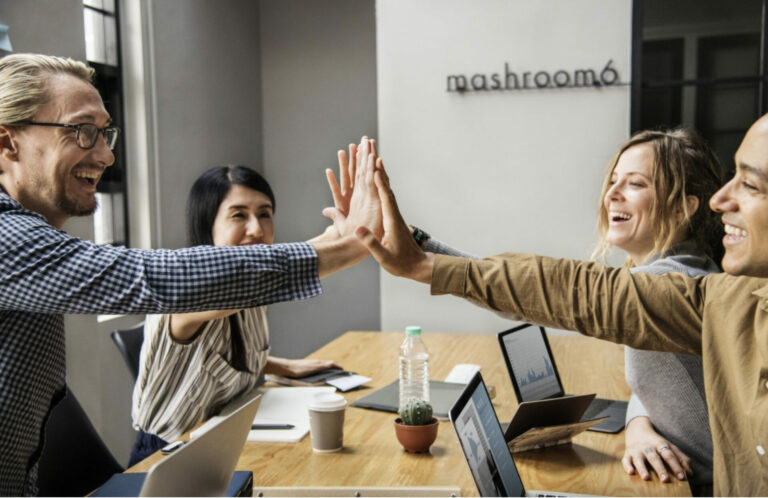 Shopfloor Management (SFM) is part of a company’s Performance Management System (PMS) and is a highly effective tool for operational control on the one hand and the exercise of good leadership on the other in the company. At its core, SFM is about managing deviations from target goals in key value streams of the business:…